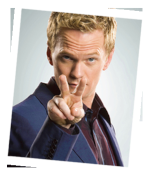 La 0.45 approche et de plus en plus d'infos sur son contenu sont dévoilées:
"So, good news, the moral system will most likely be ready for this patch. but what the hell is it?!

Moral is determined by a dice roll as the hero gets generated and it works in ranges, 0-20 moral value will make the heroes more likely to steal items they see, even if it is lying on the ground, stored in a stockpile, kept in the racks, or even from the shops, 21-30 will make them only steal from stockpiles/racks, 31-60 will make them only steal from stockpiles, 61-beyond, they never steal, they just pick items off the ground which aren't stored. (numbers are not fixed yet)
Naturally, rogues will have lower moral than knights.

Right now, this is all what the moral system do, but when we introduce currency and other valuable stuff, heroes might steal them as well (pickpocket other heroes for example, can be a nice touch) and maybe even backstabbing other heroes for their loots when both heroes are alone and deep in the dungeon.

And yeah, the Majesty reference is correct, towns will eventually aim to be a much more advanced Majesty rather than a dumbed down dwarf fortress. we never, even for a second, imagined we could have a game at the scope of dwarf fortress, but rather, we wanted to take Dwarf fortress approach to complexity and inject it to a game which is more in the likes of majesty."

"Honestly, i prefer if we don't say anything rather than just throw BS marketing or PR bland statements. we are working on it and it is coming along, a nice little thing that we just added was regarding the issue of what happens if players decide to lock their heroes in a room. well, heroes are free spirits, they come and go and they hate being locked up, so if a twisted mayor does that to them, they will punch your citizens and break some of your items sitting in their path, including the walls locking them in.

Its stuff like this that makes this update unusually long, and while i cant get a specific release date, i would have to say it would take longer than what we expected initially, but it should be ready soon. one does not simply invite some heroes over for a party.

most of the stuff added you even notice, but it is non the less important.

I am currently working on the heroes graphics as well as upgrading some of the monsters and animals.
below you can see the dwarven hero, who will only sleep underground, the rogues female and male, which in the future (might even get in this patch) will have low moral which will make them steal your items from time to time (as well as opening locked doors). the next hero i'll paint is the Highlander, a strong human hero who likes sleeping on high hills.

Xavi is extremely busy coding all the stuff that emerges out of the hero mechanics as well as improving the performance and addressing bugs."

"we want to bring this patch into the daylight as soon as possible, even more than you guys. but even if it's in alpha, we still want to make sure that the patch is fun to play, so we do not want to rush it.

Have some patience, it will be ready soon."